Listen To The Audio

Dave Braun
00:00:00
Welcome everybody to the HireMyVA Team and Business Building Podcast, where we help you to reclaim your freedom through hiring and thriving with virtual assistants without breaking the bank, without breaking your bank. I’m Dave Braun, and I’m here with my partner and great friend, VICTORY master class extraordinary and professor Larry Broughton!

Dave Braun
00:00:27
Going through the victory webinars and Facebook lives and all that stuff that you did, we did a Q and A today. That was just fun. Great information. Thank you for sharing all of that with us.

Larry Broughton
00:00:56
So for those who don’t know what we’re specifically talking about here, Dave, is what they call the 13th month pay in the Philippines, when we’re hiring folks from the Philippines. So we can get into that for a second. But I think really the deeper question is, I’m going to guess, what cultural norms do I need to be aware of when I’m hiring someone from outside the country where I’m based? And do I need to apply them to my business as well? I would say for treating people, like team members, and that’s what we encourage throughout this whole program, as much as you can, you should comply with the cultural norms that are in that country, whether it’s the specific holidays that are observed there, or like this 13th-month rule.

Larry Broughton
00:01:49
So it’s going to take a little bit of research on what are the cultural norms in that country, but they have this thing Dave out there called the internet. Where you type things in and magic answers pop up! I’m sorry, I’m being a little bit jerky right now, but there are plenty of tools out there to find out what are the cultural norms when hiring someone in that country. And there are a lot of these websites on hiring virtual assistants in a specific country will help. But as far as the 13th-month goes, why don’t you take a stab at that, Dave, on how that works in the Philippines?

Dave Braun
00:02:27
One of the things that is great about our program, HireMyVA, is that we actually have our VA’s in there and they’re from the Philippines and they do research…

Dave Braun
00:02:39
Yeah, they’re in our community and they’ll help us do research and all that. And so they’re in the middle of the country. They will know what’s going on and they’ll do research and find out what’s expected and all that kind of stuff. So the 13th-month pay is a bonus that is required for your Filipino employee or team member, if you are a Philippine based employer. So it’s required by the country. It’s a law there. However, for those of you who are in the US or another country, employing people who are actually residing in the Philippines, it’s not a requirement, but, like you said, Larry, it’s a cultural norm and it’s kind of a, it’s a good thing to do. It really is. And all of our research has said, if you hire somebody in November, you don’t have to pay a whole 13th month salary, which is, you know, one 12th of their annual salary. You just do it on a prorated basis.

Larry Broughton
00:03:43
Again, we are not attorneys. And we are not going to take responsibility, this is on you to do the research. But the key here is look at the cultural norms. And if you really do want your team members have drive and be incredibly loyal to you, then treat them with dignity and respect that goes on above and beyond, in that country. Don’t treat them like indentured servants.

Dave Braun
00:04:07
Yeah, absolutely. And the other thing is, you mentioned about being jerky with people. Well, I tell people on here, I’m saying to people on here, don’t be that employer jerk and say, well, I’m going to hire somebody in January and then I’m going to let them go November 31st. So I don’t have to pay that. I mean, that’s ridiculous.

Dave Braun
00:04:29
That’s just awful, just allocate it in your budget from the beginning, which we should all be doing, as entrepreneurs and business owners, we should be doing that. So allocate it in your budget and then just pay it. Since it is kind of like a Christmas bonus, it is good to put it in their paycheck no later than like the middle of December. It’s best to do it by December 1st, that kind of thing. I think in the law there, I think they said it has to be in their paycheck by December 25th.

Larry Broughton
00:05:04
I think it’s a good question. The key is treat people with dignity and respect, your team members. Then you’re going to find that they’ll be much more loyal. They’re much more willing to work for you. And instead of getting by on, hey, what’s the least I can absolutely pay this person, that’s not a great way to find high quality candidates for sure. Because all it’s going to take, for someone else to come along and say, hey, I’m going to pay you, all things being equal, all things being equal, same personality, all of it, same people, but one company is going to pay the 13th month. And the other person is not, guess where your team members are going to migrate to? And is it really worth it?

Dave Braun
00:05:41
And it’s a good idea, assuming you have any kind of a contract or an agreement that you do with your VA, wherever they’re at, if there’s a cultural norm like this, then it’s probably a good thing to put it in there so that they know that you recognize it and that you will abide by it. Yeah. Right. All right. Anything else, sir? No? Very good. Well, thanks folks for joining us today. This was a quick one, but remember building a team is the way to reclaim your freedom and we’re here to help you. So three things we’d love for you to do right now, and we’d really appreciate it. So subscribe to this podcast, if you haven’t already done so, either on YouTube or Apple, Stitcher, or wherever you have it and wherever you’re listening to it at.

Dave Braun
00:06:23
And then number two is give us a rating, preferably five star, put some comments in, et cetera on the episodes. I’d love for you to do that. And then number three, just go to hiremyva.com for more information on our course and community. Because remember though, even without experience, you’ll learn how to prepare for, hire, and thrive with virtual assistants. Larry and I’ve helped a lot of folks, we’re helping folks now and we want to help you to get to your potential. So just go to hiremyva.com for more information!

Larry Broughton
00:06:56
Do yourself a favor, do the world a favor, go do something significant today. Go get ’em! 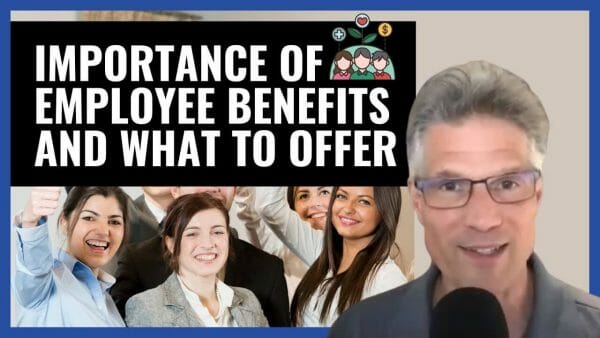 HireMyVA Podcast 146- Importance of Employee Benefits and What to Offer

Once we realize that if we are hiring for motivation, integrity, and capacity, first, we’ve talked about this in previous podcasts, look for motivation, integrity, and capacity before you ever look for the experience, because you can train them on everything else. If you see somebody who’s got that, bring them into your organization because everyone wants to be on a winning team. So if you got a team of Rockstar and you start bringing in low performers, you’re gonna like—everyone’s gonna be bummed out by that. So I think we should start with that. 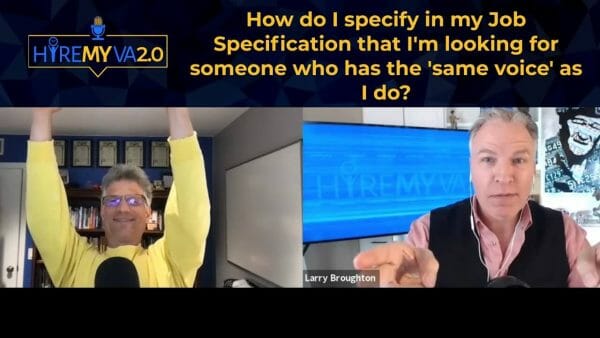 HireMyVA Podcast 35- How do I specify that I’m looking for someone who has the ‘same voice’ as I do?

What I encourage people to do is when you’re trying to do these postings for your virtual assistants, there’s to consider posting not necessarily a job description, but what we call a position profile job descriptions are oftentimes awarded broadly position profiles are much more detailed than what are the skills, the specific skills that you need, the achievements that they’ve had in the past, what your expectations are for, for this person and how they’re going to fit into the organization. It’s not just a list of things. And so it’s a little bit semantics, but we do go through this with you in the program. But this is a really good question, Dave, because it’s not like so easy, like I’m going to sit down and I’m having somebody follow a specific recipe and how to bake cookies. 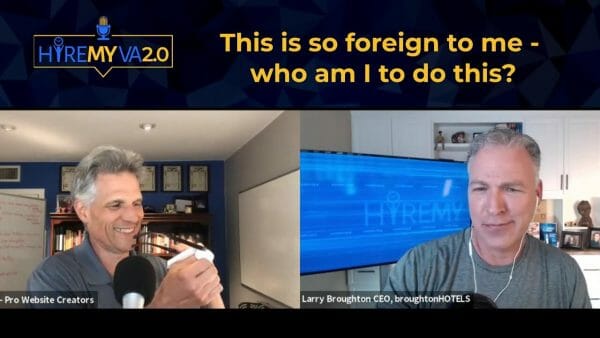 HireMyVA Podcast 25- This is so foreign to me – who am I to do this?

So why not me? You know, am I the smartest person? No. Do I have the most resources? No. Do I have the best network? No. Did I go to the best schools? You know? No, but sometimes the person who just grinds it out more than anybody else, sometimes it’s the last person standing, right. That success finds. Right. And we’re learning about this in this economy that we’re in right now. Right? So why not you, truly, why not you? Just don’t give up. But I don’t, I don’t want people to get stuck in this, you know, for awhile, every meme you would see on social media was never, never, never quit. Right? Oh yeah. I get that. I get that mentality about being tenacious, but sometimes you need to separate that thinking about never, never, never quit, with enough is enough. Yes. Right. There’s a subtle nuance. Then we can talk about that in the community, which by the way, I think one of the most important elements, one of the most valuable elements of this whole program is the community.